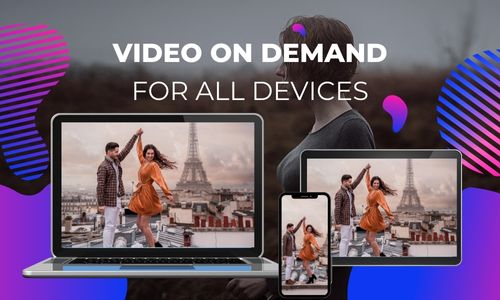 VOD Is The Latest Trend In Digital Infotainment

India has started using digital and social media as the primary mode of communication with the introduction of new e-governance initiatives. For example, increased bandwidth and minimum standards by TRAI have made it easier to access the internet in rural and remote areas. The government is also moving forward on infrastructure projects so that the majority of the population can experience future benefits associated with digital technologies.

The rate of consuming video content is at an all-time high. Online channels offer great convenience for on-demand viewing, regardless of where you are or what device you're using. It's time for India to catch up with the world's major economies and explore benefits like Video-on-Demand, Subscriber Video-on-Demand and Pay-per-View services.

Online video has become a major form of communication on the web. According to a recent report from Cisco, by 2017, 70% of the mobile web traffic in the world will be watching videos. Rapid growth of over-the-top (OTT) video content delivered through broadband connections is gaining momentum these days, rather than TV networks. Customers are now able to subscribe for premium OTT video services like Video-on-Demand (VoD), Subscriber Video-on-Demand (SVoD), and Pay-per-View (PPV) content at a lower cost with minimal commitments. As online video services expand their catalogues of movies to live TV, entertainment programming, and sports entertainment, they continue to dominate digital advertising revenue worldwide. In India, web video over IP and Internet traffic is also growing but more slowly than other countries' rates.

As India's media and entertainment sector grows rapidly into a profitable industry, ventures like Spuul, ErosNow, Bigflix and BoxTV have emerged to offer Bollywood movies, regional content and broadcasted TV shows on models such as free ad-supported video-on-demand (VoD), subscriber video-on-demand (SVoD) and pay-per view (PPV) formats with little or no live content. Advertising also backs a lot of these services and hampers the user experience, defeating the purpose of Over The Top Video services.

India needs innovative ideas that will make customers want to visit the online video portals, and watch videos. Reports show that India has the potential to catch up with other countries when it comes to using online video services like VoD, SVoD and PPV videos. India has the second-largest Mobile Broadband market with approximately 25 million 3G connections so far. Once Mobile Data traffic comprising of Video content increases to 40% by 2016, users watching movies and TV shows over the internet will also increase on a daily basis. A lot of TV channels in India are already putting their TV shows and episodes up on the internet once they're broadcasted on TV and people can view them at their convenience. India has one of the biggest Internet markets in thw world and is also growing faster than anywhere else -- this makes it an attractive market for new companies. SmartTV penetration in India is expected to reach 14% by 2016. Mobile sharing of videos in India remains high at 65%. Whenever there's a cricket match or T-20 tournament going on, Indians are always streaming them live and are very passionate about these sports. With this recent data from TRAI, Telecom Regulatory Authority of India (TRAI) has set benchmarks for operators as well as ISPs

The Indian market is price sensitive and traditional TV services are very common. However, there is a potential for OTT video in the future. India has a huge mobile internet user base, rising internet penetration, and higher standards of living. Consumers are already accessing Internet TV, Video-on-Demand (VoD), Subscriber Video-on-Demand (SVoD), and Pay-per-View (PPV) videos in the way they want to and enjoy content any time, any place, through computers, laptops, smartphones, tablets, games consoles or connected smart TVs.

With the VoD market being so lucrative, entrepreneurs and investors are jumping on the chance to make a profit. Visit our website ¸to learn how Modern Streaming can help you to launch your own-branded Video Streaming site!

Get in touch with us